Demand for non-degree, career-focused, and skill-based post-secondary education was growing rapidly before the pandemic, 2U’s ceo said, and that’s only grown.

Welcome back. This week’s edition looks at 2U’s bet on alternative credentials and how Bank of America is hiring Year Up interns while dramatically boosting its internal hiring rate. (To get this newsletter in your inbox, sign up here.)

2U is betting big on short-term academic programs.

The high-profile online program management company ($2.6B market cap) reported a 52-percent increase in revenue earned by its alternative credential arm for the first quarter of 2021, compared to last year. The roughly $87 million in revenue covers the boot camps 2U powers as well as its GetSmarter short-course offerings.

Yet 2U still is spending more than it earns on alternative credentials, with a net loss of roughly $12 million by that segment last quarter, according to a corporate filing. And degree programs the company offers with its selective nonprofit university partners remain the bigger draw (and the source of controversy for 2U’s critics), with $146 million in revenue last quarter and profitability of roughly 18 percent.

So why the optimism about online short-term credentials?

For one thing, 2U views all of its university partner credentials as being complementary pieces of a career curriculum that spans a lifelong learning journey for students.

2U also isn’t alone in thinking that alternative and micro-credentials are poised for big growth. The education market intelligence firm HolonIQ projects this sector (which reeled in just $10B globally in 2019) will double in 3-5 years while the broader ed-tech space will see annual growth rates in the mid to high teens during the next five years.

“We expect the degree business to continue its strong performance and the alternative credential segment to continue to grow faster than the market,” Paul Lalljie, 2U’s CFO, said during the company’s last earnings call, referring to the ed-tech market as defined by HolonIQ.

Paucek said these themes reflect structural changes that will continue to shape higher ed after the pandemic. Demand for non-degree, career-focused and skill-based post-secondary education was growing rapidly before the pandemic, he said, in part because alternative credentials help meet critical societal needs:

“The economic toll of COVID, particularly on women and Black and Brown communities has been devastating, only furthering demand for these kinds of alternative credentials,” Paucek said. “Even workers who were able to remain employed during the pandemic have seen their companies rapidly pivot to digital and embrace e-commerce in order to survive. So these workers also need to learn new skills to stay relevant.”

As a result, 2U is expanding its portfolio of short courses focused on functional and leadership skills as well as emerging and disruptive technologies. Examples include a new course offered with Northwestern University on leading racial equity and inclusion in organizations, and one on telehealth strategy, implementation, and optimization with the Stanford University Center for Health Education.

Likewise, most students who enroll in a 2U-powered boot camp are early- or mid-level professionals who are looking to pivot to a tech career. The boot camps are offered online, with live classes on evenings and weekends.

The average age of 2U’s boot camp students is 32, according to Jennifer K. Henry, the company’s SVP of workforce engagement, with 45 percent self-identifying as BIPOC, and 30 percent not holding a bachelor’s degree.

2U recently released results of an alumni survey conducted with Gallup, which found solid career outcomes after graduation. More than 6,000 employers have hired graduates of 2U’s online boot camps.

Last month 2U shared details about Stephen Powell, 32, who enrolled in George Washington University’s data analytics boot camp, which is powered by the company. Powell, who has not attended college, recently got a job as data analyst for a tech startup. He said he needed technical training but didn’t have four years to get a degree.

“I’m not formally educated and I’m Black. Those are two things that work against me,” said Powell. “I understand I didn’t go through a four-year program. But I think you can learn a lot from someone who has gone through this boot camp, willing to learn and work at the same time.”

Year Up is a veteran player among equity-focused organizations that work on alternative pathways to careers.

Founded in 2000, the nonprofit group offers free, in-person technical and professional skills training to young adults (18-24) with high school credentials who face economic challenges. All qualifying participants also are placed in paid internships with Year Up’s employer partners. So far it has served 30,000 students, with graduates seeing a 30-40 percent earnings boost relative to a control group five years after completing.

(See a new study from the Center for Research on College-Workforce Transitions on online internships during the pandemic.)

I’ll revisit Year Up in next week’s issue, with reporting on how its learners can earn college credits. For this week, I asked Gerald Chertavian, Year Up’s founder and CEO, about the group’s collaboration with businesses.

“We work hard to partner with companies where the push to build inclusive pathways isn’t just coming from the top, but where middle and frontline managers are invested in making it work and are held accountable for progress,” says Chertavian. Year Up’s subsidiary, Grads of Life, consults with companies on inclusive promotion practices.

Partnership with Bank of America

JPMorgan Chase and Bank of America each hosted more than 400 Year Up interns in 2020, Chertavian says. And both companies make it a priority to hire their Year Up interns.

Since 2018, Bank of America has tapped partnerships with Year Up and other organizations to hire more than 10,000 employees from low- to moderate-income neighborhoods, says Cathy Bessant, the company’s chief operations and technology officer. Many of these employees do not hold four-year degrees, she says. And a growing number of entry-level positions at Bank of America, which employs more than 200,000 workers, do not require a college degree.

“We work with Year Up because what’s good for our communities is good for business,” says Bessant. “Year Up interns not only have the critical technical skills that we want—with Year Up’s training curriculum tailored to meet our evolving needs—they also have professional skills that are critical to succeeding in a corporate environment.”

Bessant says businesses need to recognize the value of reskilling their employees, and to invest accordingly. Bank of America features a range of on-the-job skills training and leadership development options, as well as college tuition support for full- and part-time employees, so they can develop skills, explore different career paths, and continue moving forward.

“To show how much I believe in our employees being able to evolve their careers, I set a goal in my organization a couple of years ago to double our hiring rate of internal hires—from 38 percent of open roles being filled with internal hires to 80 percent. We have already surpassed that goal,” Bessant says.

The Council for Aid to Education’s new formative assessment of college and career readiness skills piqued the interest of several of you when I cited it last week. So I reached out to CAE, which also offers the Collegiate Learning Assessment (CLA+), to learn more about the nonprofit group’s new Success Skills Assessment (SSA+).

Doris Zahner, CAE’s chief academic officer, says the assessment is designed to measure students’ data literacy, critical reading and evaluation, and ability to critique an argument, as well as their writing effectiveness and writing mechanics.

Educators can use the results to develop personalized developmental support plans for students, she says. And students get baseline comparisons of their overall scores with CAE’s mastery levels and the U.S. data set for similar students.

Could employers use this in the hiring process?

“SSA+ could be used as a supplement to the hiring process as SSA+ measures skills that are not typically listed on a transcript,” Zahner says. “Students can acquire evidence-based microcredentials from CAE’s assessments to present to employers and educational institutions to demonstrate their proficiency in these essential skills.”

“These findings suggest that states will not meet their attainment goals or the workforce demands of the modern economy without sustained investment in the public higher education sector,” concludes a new report from the State Higher Education Executive Officers Association (SHEEO), which analyzed historical data and empirical literature on state support for the industry, identifying a “direct” link to student success.

A new coalition of six public colleges and universities plans to tap students as lead designers of education program prototypes that are to be scaled nationwide through the alliance. Michigan’s Grand Valley State University is convening the project, which is dubbed Rapid Education Prototyping for Change, Learners, Community, Equity (REP4).

Colleges and states can better reach adult learners through tailored marketing messages, high-touch helpers, and tech-based tools such as online portals for financial aid and career information, according to the Lumina Foundation, citing a new Mathematica study on college aid programs that are geared toward nontraditional, older students.

Big-box retailer Target Corp. isn’t facing worker shortages, which have affected the retail and restaurant industries, because of wage investments and other worker benefits, Brian Cornell, Target’s CEO, told The Wall Street Journal. Target raised pay for its hourly workers to a minimum of $15 an hour last year.

The gap between U.S. adults with a bachelor’s degree who were doing at least okay financially in 2020 (89 percent) and those without a high school credential (45 percent) grew by 10 percentage points from the previous year, according to an annual report from the Board of Governors of the Federal Reserve system. And 71 percent of adults without a college degree would like to have completed more education. The desire for additional education also was shared among those who felt that the education they received did not pay off.

The number of middle-wage jobs in Philadelphia remained flat in the five years before 2019 despite a growing population of working adults in the city, according to a new analysis from the Pew Charitable Trusts. The report also found that a growing share of middle-wage positions in Philly are filled by college degree holders.

“Something just kind of broke, where I thought about how hard I was working for this job that paid about $32,000 a year,” Sarah Weitzel, 31, told the AP about her decision to not return to her job at a St. Louis Victoria’s Secret store. U.S. job openings rose 8 percent in March while overall hiring rose less than 4 percent, the AP reported, citing federal data. 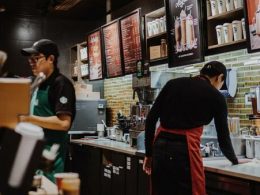 This issue of The Job looks at whether frontline workers have enough time to use their free college benefits. Also, free Big Tech certificates for 200K learners and a call for intentional design around skills-based hiring.
byPaul Fain 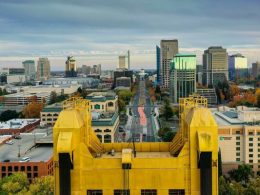 This issue of The Job looks at California’s new $500M education and training grant program, which focuses on student parents and outcomes. Also, free short-term credentials from City Colleges of Chicago.
byPaul Fain 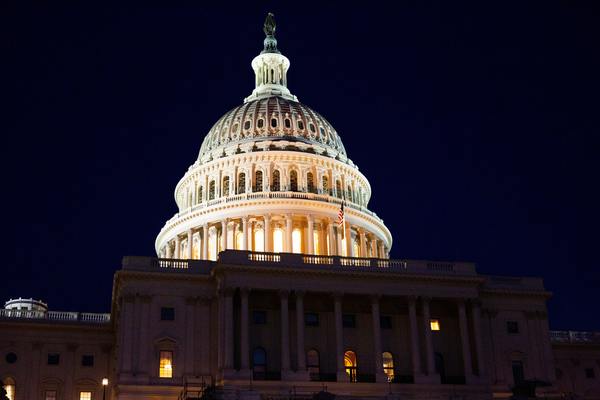 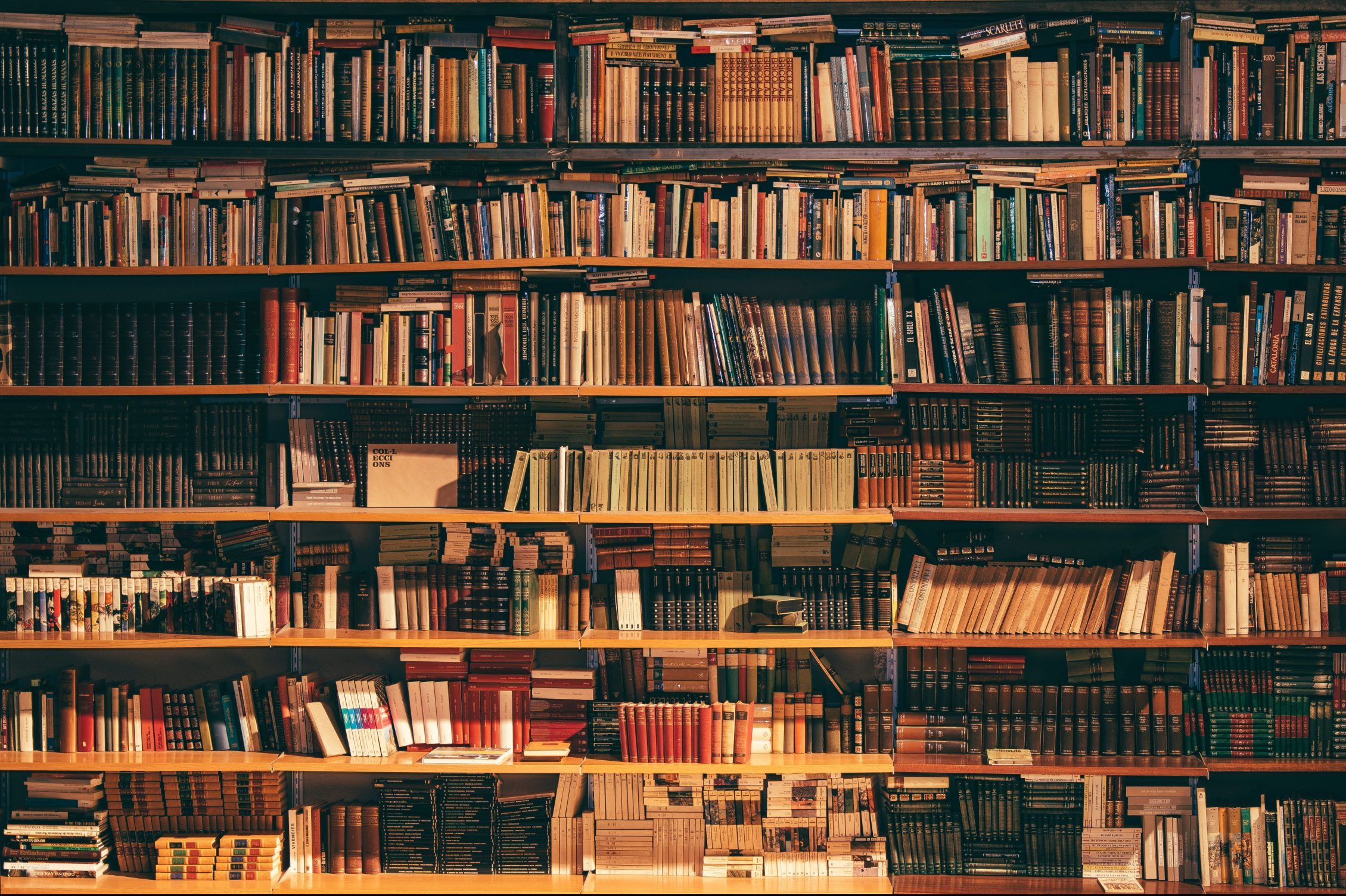 A troubling lack of skills in literacy and numeracy

One in five employed American adults with a bachelor’s degree lacks important skills in literacy, with one in three falling below proficient levels in numeracy.
byPaul Fain