When Krysti Specht began working to establish tech apprenticeships in the Bay Area four years ago, companies didn’t get it.

The major firms—like Google, Facebook, and Apple—all had their pick of graduates from the top computer science and math programs across the country and internationally. And smaller players didn’t see how apprenticeships would help them compete.

All of them had a fusty image of apprentices. “When you think of apprenticeship, your head goes to something and it doesn’t necessarily fit in the innovation space,” says Specht, who was a leader at TechSF, an initiative of the San Francisco Office of Economic and Workforce Development, and co-founded Apprenticeship Bay Area.

One of the first major breakthroughs was with Twilio, a publicly traded cloud communications platform. Leaders there immediately saw the potential, Specht says, to attract a different kind of candidate. They launched the company’s Hatch apprenticeship program in 2017 and set a goal of making 100 full-time hires through the program by 2023.

The big idea: Since then, many other companies have embraced the approach. If “apprenticeship” isn’t exactly a buzzword in tech, it’s no longer a foreign concept, either.

Those data likely underestimate the size and growth of apprenticeship programs in tech. They only cover 43 of the states and federal territories, with states like New York and North Carolina with big tech centers notably absent. Many other apprenticeship programs are launching without seeking federal designation, as companies look to quickly build new pathways into jobs.

“Throughout the recovery, employers have to think differently about how they recruit and train employees,” says Angela Hanks, acting assistant secretary for the Employment and Training Administration in the U.S. Department of Labor.

“We’re seeing a move away from just-in-time hiring that both creates precarity for workers and can leave companies in the lurch when they’re looking to fill roles.”

Even with their growing popularity, however, apprenticeships remain an intensive, boutique model of education and training. The overall number of tech apprentices likely remains small—in the thousands, not tens of thousands.

In tech, there are two types of apprenticeships: those that are registered through the federal government and those that are not, commonly referred to as little-a apprenticeships. Both types combine paid on-the-job learning and formal instruction to help a learner develop competency in a given job field.

The pandemic and racial reckoning of the past two years have dramatically increased interest in apprenticeships. But companies’ interest in the model was already building. In general, the reasons are in keeping with why companies are looking for new and better talent pathways of all kinds.

“Major companies have finally started to understand their role in how they drive the tech space and need to support that pipeline in a meaningful way,” says Specht, now in the Center for Apprenticeship & Work-Based Learning at JFF.

The basics: Apprenticeships provide occupation-specific education through a combination of paid work, on-the-job training, and academic coursework. The most successful apprenticeship programs also provide mentoring, peer support, and counseling throughout.

The theory: Apprenticeships are designed to teach both technical skills and to develop broader “human” or employability skills, like project management and teamwork. They’re designed to expand access to good tech jobs by both defraying the costs of education and offering a more hands-on educational approach.

“Taking time out of the labor market to get a pricey credential just isn’t possible for someone who has to put food on the table,” says Hanks, of the Department of Labor. “One of the things that’s appealing about a registered apprenticeship is that it’s a training program, but it’s also a job.”

The payoff: Upon completing their training, tech apprentices—now full-time employees—average $20-something an hour, according to federal data. But there’s wide variation in pay depending on the specific role, with some computer support technicians only making minimum wage and some software engineers making six figures.

The debate: Whether apprenticeships substantially expand access to tech careers, in practice, remains an open question. Even with recent growth, tech apprenticeship programs remain small. About 4,100 apprentices were active in registered programs as of fall 2021, in a field with 8.2 million workers and huge projected growth.

The TLDR of this Apprenticeship Explainer

The rest of this explainer looks more closely at the apprenticeship model and the potential—and barriers—to expansion. Specifically, it looks at:

Employers: A hallmark of apprenticeships is that learners pay nothing for training—and are actually paid for a large portion of their time in the program. Some employers deliver all the training themselves, while others partner with colleges or other education providers. The South Carolina Technical College System, for example, runs one of the largest apprenticeship programs in the country, including pathways in IT.

Whatever structure they choose, employers must pay for learners’ time apprenticing, and they often cover the cost of formal education as well.

Program completers earn a Google IT support certificate, in addition to the nationally recognized certificate of completion for registered apprenticeships. The company offers similarly-structured apprenticeships in other fields like digital marketing, UX design, and software engineering.

In some limited cases, apprentices earn degrees as part of their program and are eligible for federal financial aid to support that portion of their education. Harper College outside Chicago, for example, runs an IT generalist apprenticeship that ends with an associate of applied science, along with a federal apprentice certification. The community college received a federal American Apprenticeship Grant in 2015 to support its work in tech and other high-demand fields.

The Department of Labor is especially bullish on this approach of embedding tech apprenticeships in degree programs.

Apprenticeships are designed to create noncollege pathways into tech jobs, and the typical apprentice doesn’t have a degree. IBM, which runs one of the largest registered programs in the country, advertises apprenticeships under its New Collar Jobs initiative. It couldn’t be clearer about what that means: “No Degree? No Problem!”

IBM’s program had 174 active apprentices in roles like app developer, cybersecurity technician, and data scientist as of fall 2021, according to federal data.

But while apprenticeship programs generally target people without degrees, they almost all require experience with programming languages or other foundational tech skills. For example, a cloud support apprenticeship in Raleigh, N.C., that IBM is currently advertising requires knowledge and skills in one of several areas, including application development, social coding, or Java, Python, Ruby, or another programming language.

A substantial number of apprentices have degrees, just in other fields. In LaunchCode’s program, for example, about half of the apprentices have college degrees. And a small minority of programs actually do target people with degrees in the computer sciences. BlueCross BlueShield of South Carolina, which runs a large apprenticeship program, recruits heavily from four-year universities. Apprentices are required to have a bachelor’s in computer science or other tech discipline, or an associate degree and two years of experience.

All that’s to say that, while apprenticeships create new pathways into good tech jobs, they aren’t accessible for the typical high school graduate. To fill the gap, learners often complete on-ramps, bootcamps, or self-paced courses before applying to apprenticeships. A growing number of such programs are intentionally designed as pre-apprenticeships.

When it comes to what jobs tech apprenticeships are preparing people for, there are three main buckets—computer and IT support, project management, and software engineering—with many different types of jobs within those categories. The major roles are:

Full-time workers who’ve completed apprenticeships on average make $20-something an hour, according to federal data. Computer operators, support specialists, and IT generalists tend to be on the lower end, making up to about $20 an hour but with some just making the federal minimum wage.

Programmers, cybersecurity specialists, app developers, and the like typically make more—with the majority falling between $20 and $40 an hour but some making the equivalent of six figures.

For individuals: The Department of Labor does not track completion rates for apprenticeship programs, and neither does any other body. Techtonic, a staffing and talent development company, has been working with the Education Quality Outcomes Standards Board to pilot new standards for collecting and reporting outcomes data. But as of now, outcomes for tech apprenticeships are self-reported—and companies and third-party providers are all over the map on what they report. A few examples:

For employers: Since employers are often footing the bill for apprenticeships, they’re looking for a positive impact on their talent pipeline and ultimately their bottom line. Again, publicly available data on company ROI is thin, and many companies haven’t done robust analysis. A couple that have:

Jennifer Carlson founded Apprenti to address the pervasive talent shortage and lack of diversity in tech. But on a personal level, she was the stepmom of two young men who chose not to go to college but still wanted to go into technical careers. She helped them get their first jobs.

To her, they served as a proof point that there are workers without degrees who are still prepared to succeed in tech careers.

What they do: Apprenti now runs registered apprenticeships for about 60 hiring partners, including Microsoft, JPMorgan Chase & Co., Wayfair, and Kroger Technology. It seeks learners from a wide range of backgrounds to close talent gaps and address diversity in tech. Apprenti is an industry-driven model, meaning it only works with employers who know how many workers they need and have a start date for the job.

To put it simply, every apprentice Apprenti trains already has a job offer.

As of fall 2021, federal data listed 363 active apprentices across all programs, but those data don’t include a number of large states that run their own registries. Apprentices also enter and exit the program almost weekly, Carlson says.

She puts the current number of learners at more than 1,500. The median age is 31, and nearly half of participants have a college degree. Many come from the service industry, Carlson says, and they enter the program with a median income of about $42,000.

Learners spend 10 to 20 weeks in the classroom, and then apprentice full-time with a company for the rest of the yearlong training. They train for a range of roles in software development, cyber, and systems administration.

Outcomes: Apprenti tracks outcomes at each step of the apprenticeship journey. According to the organization:

Making it work: Apprenti is funded through a combination of public and private funding. Employers pay the apprentices’ salaries and benefits throughout the program and also subsidize 50 percent of the training costs. Apprenti charges employers a flat fee of $3,500 per person to manage the talent sourcing, screening, training, and ongoing support.

The organization also braids in funding from the public sector: from states, workforce programs like the 2014 Workforce Innovation and Opportunity Act, and the Department of Labor. Apprenti has been doubling the number of apprentices it graduates each year, and Carlson expects to produce 1,000 this year. She hopes to hit 5,000 a year in the next five years.

The ultimate goal is to be a “fully integrated talent resource”—on equal footing with the college pipeline.

Editor’s note: This explainer was updated on March 29, 2022 to reflect the fact that Google no longer works with community colleges to deliver training for its apprentices. 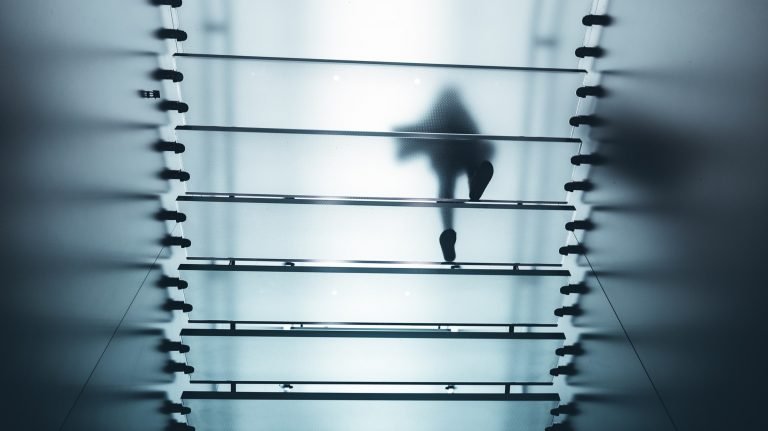 An ad campaign from Opportunity@Work and the Ad Council will call on employers to drop the "paper ceiling" and hire more skilled workers without four-year degrees. 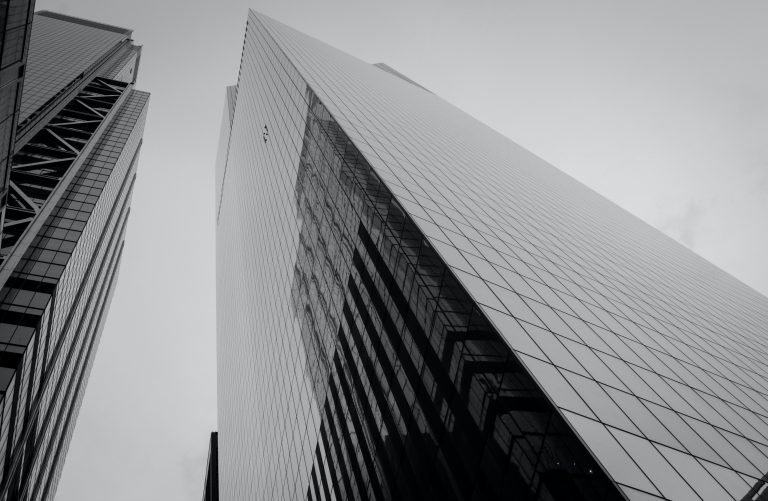 A company-sponsored degree program that entered the market this month actually lacks a sponsor.

This Work Shift Explainer is part of a series on new pathways into tech. Work Shift’s independent reporting for this project was supported by the Cognizant Foundation.