ISAs, once the purview of bootcamps and other for-profits, are starting to take off among state governments and nonprofits under the new name of outcomes-based loans.

Last year, New Jersey Governor Phil Murphy announced an unprecedented state initiative for higher education. He called it a Pay It Forward Fund, a pot of money that gives interest-free loans to students in certain training programs that they then pay back at a rate tied to their post-graduate income. If they make less than a certain amount—$44,940 for those with a three-person household—the student borrowers are off the hook for the loan.

The big idea: The layout bears much resemblance to income share agreements, a type of loan often associated with coding bootcamps and for-profit training. New Jersey appears to be the first state to offer up its own fund directly to students. But these re-branded ISAs, known as outcome-based loans or pay-it-forward funds, are quickly becoming a trend in the nonprofit and government spaces.

“[The] program is a unique public-private partnership with the goal of preparing workers—especially disadvantaged individuals in New Jersey—in the workforce who are seeking advancement in their careers the chance to get high-quality training that, but for this program, would be inaccessible to them,” Socolow says.

People are watching New Jersey’s fund and others like it closely. And critics and supporters of the loan system agree, how useful the funds are in changing the lives of students will depend on not only the terms of the agreement, but the value of the education provided.

Income share agreements have, in some circles, earned themselves a bad name. In several high-profile cases, for-profit bootcamps have used the ISA model to attract students, offering no upfront costs and seemingly attractive terms, only to leave them in the lurch by reneging on promises and offering a low-quality education.

Some universities have chosen to offer ISAs, only to pull them after lack of interest from students. And, last year, the Consumer Financial Protection Bureau took action against Better Future Forward, a nonprofit ISA provider focused on disadvantaged student groups, for falsely representing that its ISAs are not loans and do not create debt. The move was intended as a warning to the entire ISA market.

What’s changing: More recently, groups like Social Finance, a nonprofit organization, have entered into the market. Social Finance partners with New Jersey and other entities to manage pay-it-forward funds. Tracy Palandjian, the organization’s CEO, says she considers ISAs and “outcome-based loans” to be two tools, with distinct regulatory requirements, that can be used to accomplish the same thing.

Outside of specific fund partnerships, like the one it’s overseeing in New Jersey, Social Finance typically partners with a training provider directly to offer what it calls “career impact bonds.” This type of funding aligns incentives between the provider and the student, Palandjian says, because a portion of tuition is tied to the provider’s graduation and job placement rates.

“Higher-ed tuition inflation has just been going through the roof and whether our education and training providers are actually delivering outcomes for students is questionable,” she says.

But there are differences, she says, between offerings like the one in New Jersey that use public money and those that use private philanthropic investment dollars, as the career impact bonds do.

In the former case, programs are structured more like grants. When a student can’t or doesn’t pay back their loan, it’s written off. When a program uses private philanthropic money, the agreement typically is structured so that borrowers who experienced a gain in income pay more in order to subsidize those who did not.

“They are philanthropically motivated impact investors, so they still want their money back,” Palandjian says. “These are not grants.”

Ethan Pollack, director of an education financing initiative at JFF, says that these models are distinct because they fund education in perpetuity. The money typically recycles, moving from student to student as it is paid back. The structure functions somewhat like raising taxes to pay for education, he said, but is more politically palatable.

It’s also a kind of funding structure that education philanthropists want to see work. “The shangri-la of philanthropy is to make a one-time payment, and the benefit of that payment basically persists in perpetuity,” Pollack says.

Ben Kaufman, director of research and investigations for the Student Borrower Protection Center, is skeptical of ISA products that involve trying to make money off of student training. In many cases, he says, students end up paying more through an ISA than they would through a traditional private student loan. And the products, which were fairly unregulated before 2021, have been used to entice students into paying for educational products that are nearly worthless, Kaufman says.

“The ISA dream has met a harsh reality,” he says. “For one reason or another, and I don’t have a good reason for why, it appears that what ISAs have actually been in the real world is a really fast financing option for really scammy bootcamps.”

The state-level pay-it-forward funds may succeed if they have solid guardrails and select good programs, he says. But observers shouldn’t take that success as a validation of the full ISA marketplace, which tends to operate outside of traditional higher education and has been prone to scandals and illegal marketing.

The big questions of quality and guardrails

The bottom line: Experts with different opinions about the potential impact of ISAs and outcome-based loans mostly agree on what makes a bad or predatory ISA. When students use an ISA to finance a poor educational product—one that doesn’t help them get ahead in their field—and that ISA has a low threshold for repayment, students may end up paying thousands of dollars for a program that didn’t benefit them at all.

New Jersey’s program seeks to avoid those problems in part by only allowing the money to be used for a couple of credentials from community colleges in the state. Those programs are ones where students reported a gap between tuition rates and what financial aid covers, a shortfall which they typically filled with a private student loan.

“We were looking for those programs for which there was a real gap,” Socolow says. “If students can get the program 100% funded with grant money, we’ve always said we’d prefer that.”

Social Finance originally sent materials to more than 80 programs in the state. More than 40 sent back the questionnaire and came to a webinar. The state and Social Finance were looking for programs that had evidence of demand and high wages for graduates, a track record helping students with a low-income background, and capacity to take on more students.

Students who receive the outcomes-based loan must pay back 10% of any income they make above a certain level, depending on their household size.

The state is hoping to train 600 to 800 individuals using the fund in the first cohort. Participants must have an annual income of $65,000 or less, have received public assistance in the past six months, be a veteran, or have been formerly incarcerated.

“If this proof of concept demonstrates the success we hope it will, we very much would like to expand this to other high-quality education and training programs that have a gap,” Socolow said.

Participating students also receive living stipends, which they do not need to pay back, and wraparound supports, like access to emergency funds. New Jersey will likely lose money on the fund.

At the federal level, ISA products have gotten into trouble for insisting that their products are not loans. Socolow says that the Pay It Forward fund is clear that it is indeed offering students private educational loans, which are bound to the Truth in Lending Act.

In the Sun Belt: Social Finance has also partnered with the nonprofit United Way Miami to offer a similar fund in southern Florida.

“We wanted to provide a mechanism that would help people get access to opportunities that would help them improve their skills, get the proper training that they need, or the certifications they need to be able to access higher paying jobs,” says Vanessa Benavides, vice president of financial stability at United Way Miami.

The fund will draw from a $25 million donation from MacKenzie Scott. The nonprofit is planning to launch pilots for commercial drivers license and medical billing programs. But the current pilot is focused on learning to code through a provider called 4Geeks.

The program has nearly 20 students signed up as of early November. Though over 100 people have applied, they need to pass certain tests and eligibility requirements, Benavides says. The capacity for the program is 100.

The training provider advertises an 82% job placement rate, and is aligned with the mission of United Way, she says.

“One of the reasons 4Geeks was selected was because they already have access to a potential pool of students that wanted to access their training but weren’t able to because it was maybe cost-prohibitive for them,” Benavides says.

The full terms of the ISA for the coding pilot aren’t prominently advertised on the fund site. However, they are slightly different than those offered in New Jersey.

Benavides says the product is not a loan. However, given the Consumer Financial Protection Bureau’s guidance on ISAs, the offering likely would be regarded as a loan by the federal agency.

In the Midwest: In Indiana, which is not partnered with Social Finance, the state currently is gathering applications from training providers that are interested in the new pay-it-forward fund. Programs must show that:

Currently, only five subject disciplines are eligible and the state has not released details about which providers are eligible. Students will pay 5% of their monthly income when they are making more than $42,500 per year. The maximum award is $7,500.

Parting thought: For students in Indiana—as in Miami, New Jersey, and elsewhere—whether the pay-it-forward programs set them up for success will depend not only on the structure of the loan, but on the education they receive, Pollack says.

“With these pay-it-forward funds,” he says, “they’re really going to succeed or fail based on their ability to select programs that are good quality and are leading students to well-paying jobs and careers.”

Note: This article was updated on December 2, 2022 to reflect the fact that participants in the New Jersey program must meet one of several criteria: having an annual income of $65,000 or less, having received public assistance in the past six months, being a veteran, or having been formerly incarcerated. The article previously said that preference was given to those individuals. 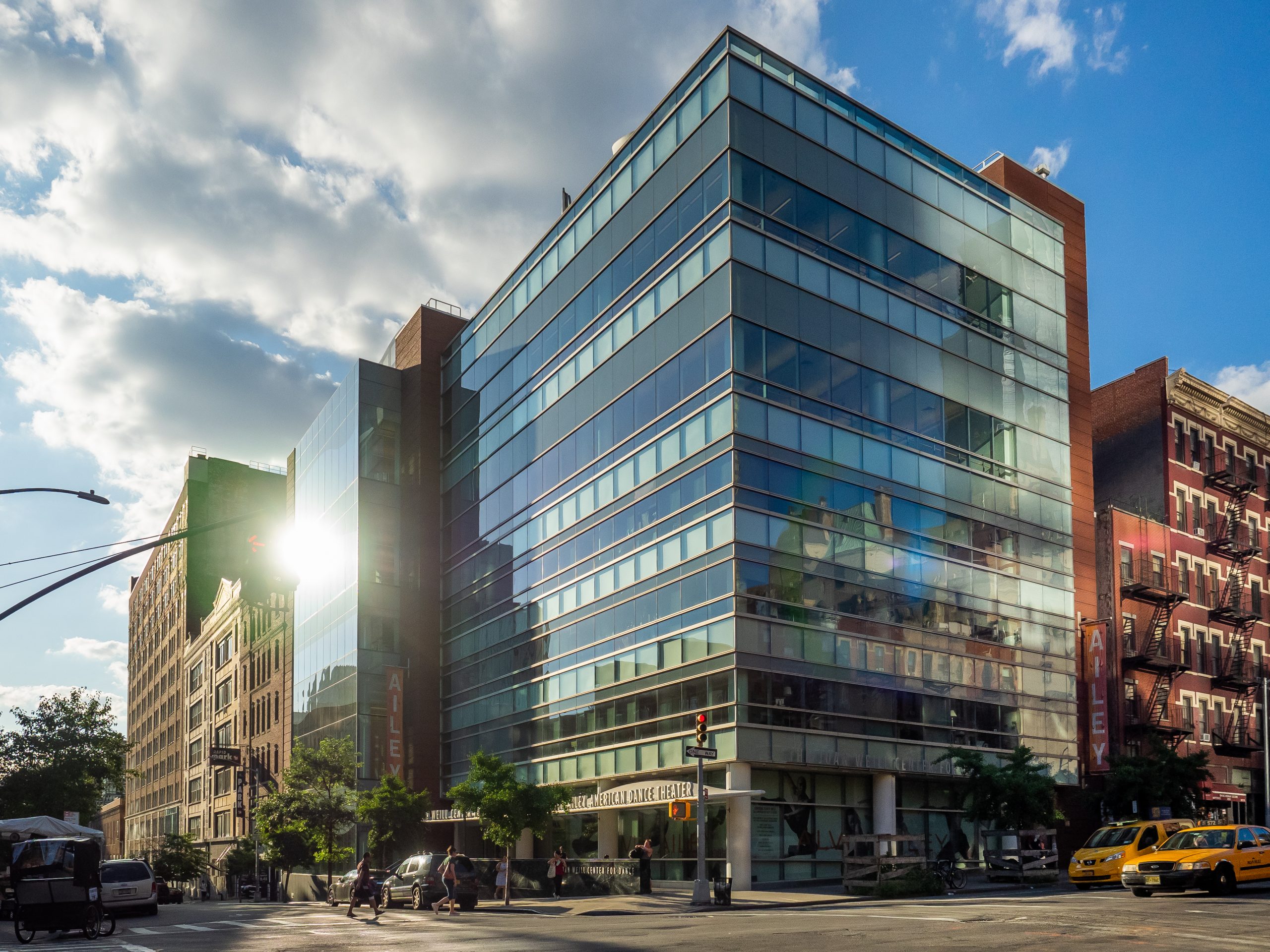 We're building a digital hub for news, analysis, and opinion focused squarely on the intersection of education and work.
byElyse Ashburn