Welcome to our first issue. This week we look at Baltimore shifting its messaging to high schoolers about college and careers. Plus, Google certificates and liberal-arts colleges joining in the workforce conversation. At the end of each issue I’ll share some of what’s open in my browser tabs. (To get this newsletter in your inbox, sign up here.)

‘Don’t Return to Business as Usual’

One in three ninth graders in Baltimore’s public high schools are inactive. The reasons are familiar to anyone tracking the nation’s COVID Cohort. Here’s Rachel Pfeifer, executive director of college and career readiness for the Baltimore City Public Schools:

“In many cases, these 9th graders have not had the opportunity to connect in-person with an adult from their school. They haven’t been in their school building. Think about your high school experience: good or bad, it was shaped by people and the place itself. Our students haven’t had access to that, and a year into this pandemic, it’s hard to stay motivated to keep getting up, opening your laptop, and engaging with people you’ve only seen online.”

In responding to a survey from Baltimore’s K-12 system, one student compared the loss and disruption of the pandemic to living through World War I. Reengaging thousands of students in Baltimore, and millions of young people and displaced workers around the nation, is a once-in-a-generation challenge. And returning to the status quo won’t cut it, says Pfeifer.

“Everyone needs a career, and there are many paths to get there.”

That’s the system’s message to students, which is a shift from its previous focus on encouraging students to enroll in college.

“We found that the ‘college for all’ message was turning off many students, and they were not talking to any adults at all about their post-high school plans,” Pfeifer says. “We changed our language to help our students see that there are many pathways to a career, but we have also been clear that we want them to be prepared to access a career that pays them family-supporting wages.”

Options school counselors now discuss with students, in addition to attending a community college or four-year institution, include apprenticeships, the military, or the system’s Grads2Careers workforce training program.

“Ultimately, we want our students to be lifelong learners who are able to pivot with our changing economy,” says Pfeifer, “and this learning can take place in a variety of settings that can help our students advance professionally and economically.”

When asked what college leaders and employers can do differently to help young people who have left the education-to-jobs pipeline, Pfeifer says:

“Our students have met this time with incredible resilience, but they are also demanding of us – college leaders and employers included – that we don’t return to business as usual when this pandemic ends. They are looking for opportunities that address their practical realities – jobs, mental health resources, and assistance in transitioning to post-high school life. Coming out of this pandemic, our students are asking for evidence that they are not just a face on a screen, but worthy of being known, invested in, and supported toward their dreams.”

A growing number of colleges are talking about how to strengthen connections between higher education and work. This week, for example, I learned about a group of 36 college and university presidents (led by McKinsey and using data from Emsi and Strada) that has formed a “taskforce on higher education and opportunity.” Citing income inequality, the changing nature of work, and the pandemic’s disproportionate impact on people of color, the group announced plans to “prepare the graduates of 2021-2023 for success in the post-pandemic economy.”

Terry Hartle, senior vice president of government relations and public affairs at the American Council on Education (ACE), says this new focus extends across higher ed’s various sectors, including many private liberal arts colleges that wouldn’t have seriously focused on workforce connections even a few years ago.

“We are seeing a sea change in the attitudes toward the labor market in this corner of higher education. And it’s not a short term development – it’ll be permanent.”

Three years ago Google unveiled an online certificate in entry-level IT support – and now we’re getting to see some outcomes data. Last week Sundar Pichai, Google’s CEO, touted the IT certificate program’s completion numbers and announced a new batch of certificates.

Pichai cited growing interest in non-degree pathways – based on search data – in the announcement: “Over the past year, Google Search queries like ‘great jobs without a degree’ spiked 850% in the U.S.” He also said the certificates have brought in more talent from groups that are traditionally underrepresented in tech: 53 percent of U.S. completers of the IT support certificate have been female, Black, Latino or veterans of the U.S. military.

The company created the curriculum for the competency-based, fully online program, which is self-paced and offered for $39 per month on Coursera’s online learning platform. (Google says it does not generate revenue from the program and is providing 100,000 scholarships to learners.) It also pulled together a large coalition of employers who agreed to take a look at certificate holders in the hiring process.

Program completers can earn a recommendation for 12 college credits through the ACE’s learning evaluation service. Google also partnered with JFF to establish a network of community colleges that offer the certificate as an entry point for adult students and to prepare them for high-demand jobs.

JFF recently released a report on how the IT cert is working out for learners at community colleges. Among 4,497 students who enrolled in a two-year pilot program:

The data in the report is from January, JFF said. The certificate program takes about five months on average to complete, and many participating community colleges didn’t get rolling until the second half of last year. So learners are still working toward completion. But the group said success rates are significantly higher than what you’d see in typical MOOC-style learning. (Google has not publicly shared all the completion data.)

“This indicates that the colleges offering the certificate are providing necessary wraparound supports to enable timely completion among their learners,” according to JFF. The group added that its broader research has found that the program is “helping to establish a viable on-ramp to IT for learners who are looking to gain baseline skills and competencies in the sector and that it can be ‘stacked’ effectively with higher-level content or credentials, such as the A+ certification.”

Google told Justin Bariso of Inc. Magazine that each course in the certificate programs features more than 100 rigorous assessments. “It’s not uncommon for a student to stumble even on their first assessment,” Lisa Gevelber, vice president of Grow With Google, the company’s philanthropic arm, told Inc. “But we’ve worked with our course designers and a behavioral science team, along with Coursera, to make sure students know they’re not alone, and help keep them from getting discouraged.”

Federal data showing enrollment declines in the two-year sector have been skewed due to more community colleges offering bachelor’s degrees and other accounting classification issues in IPEDS, everyone’s fave dataset, wrote Phil Hill, a consultant and writer on ed tech.

But the sector-switching issue had no impact on the National Student Clearinghouse Research Center’s more recent, relatively comprehensive datasets, which found a 9.5 percent decrease in community college enrollments this spring. “Our reporting is restricted to the fixed panel of institutions,” the center said. “We can estimate COVID’s effect without disruptions of the sector reclassifications.”

“Business as usual will not cut it in a post-COVID world,” Carrie B. Kisker, director of the Center for the Study of Community Colleges, told Scott Jaschik at Inside Higher Ed in an interview about her new book, Creating Entrepreneurial Community Colleges. “Community colleges will need to start experimenting with new programs and services – designed around student or community needs – that are financially self-sustaining or, ideally, produce a small return.”

The existence of City College of San Francisco is once again in jeopardy, the two-year college’s leaders said last week. With a projected budget hole of $33 million, CCSF announced preliminary layoffs of 163 faculty members and 34 administrators.

More than 62,000 Michiganders have applied for tuition-free community college under the Michigan Reconnect program, a new state scholarship aimed at the 4.1 million Michigan residents who are 25 or older and lack a college degree.

Six policy recommendations to boost employment of young Black men, from Harry J. Holzer, a nonresident senior fellow with the Brookings Institution, include calls for more and better college credentials, and expanded early work experience programs, such as Career Academies.

Significant federal investments in workforce training and reemployment assistance are needed, said JFF, “at a minimum, the $15 billion proposed in the Relaunching America’s Workforce Act” introduced by Democratic committee leaders.

Foundations, think tanks, membership groups, and advocacy organizations “may be operating in or solidifying a policy echo chamber” in postsecondary education, according to a new academic paper published by The Review of Higher Education.

A proposed $50 million state investment to help “reskill and upskill” the Texas workforce would put Texans back to work in high-demand occupations and accelerate the economic recovery, according to leaders of the state’s community colleges, which had a total enrollment decline of 9 percent, or 67,000 students, last fall.

College students enrolled in programs that aren’t on a state-approved list of ones deemed to lead directly to employment would receive less state federal aid under a bill proposed by a Republican state senator, reported Divya Kumar of the Tampa Bay Times.

Parchment and AACRAO Consulting (a division of the college registrars’ group) have partnered to help institutions do data collection and to create a learning framework for the development of comprehensive learner records. 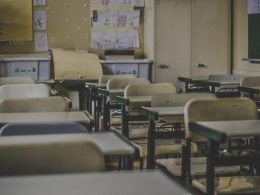 A look at how companies are seeking career pipelines for high school students, including the millions who are being homeschooled. Also, the boom in cannabis credentials and a new potential setback for income-share agreements.
byPaul Fain 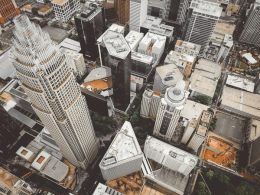 This issue of The Job looks at a Charlotte-based tech-training provider offering stipends and jobs with its corporate partners, while another startup upskills hospital workers. Also, more on outcomes-based loans and a foundation backs partnerships between community colleges and employers.
byPaul Fain 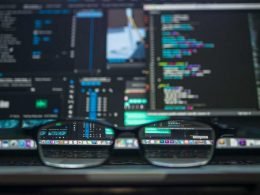 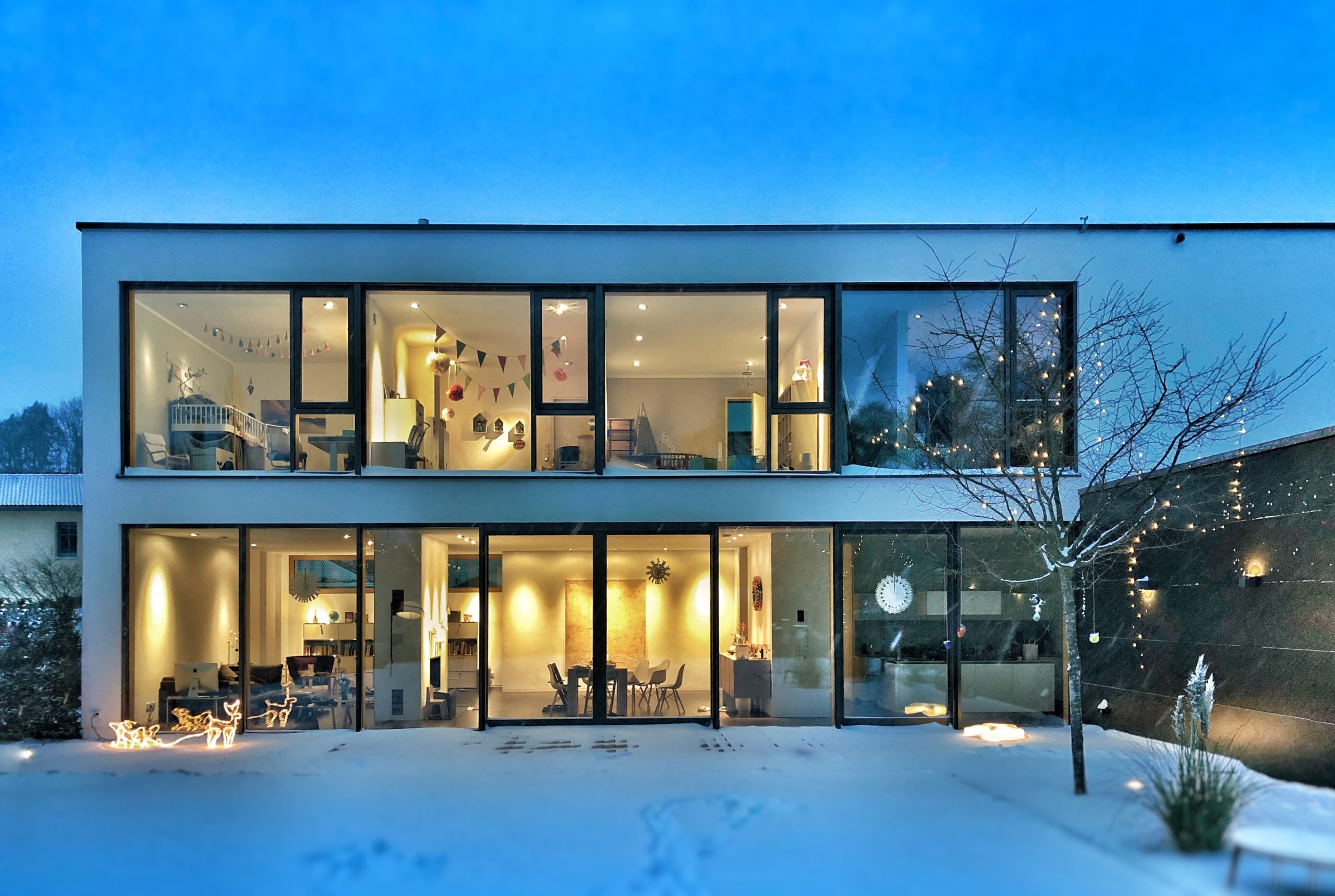 This green energy company creates high-paying jobs. Why can’t it fill them?

Dandelion Energy has hit licensing snags, geography challenges, and limits on local training as it tries to hire workers to drill the wells for its heat pumps.
byPaul Fain
Download the Work Shift Guide to Understanding New Collar Apprenticeships
Download