What does it mean to skill 30 million people? IBM looks to find out.

IBM announced an eye-popping goal in the workforce space this week: a commitment to upskill 30 million people by 2030. That number is global, but the company has pledged that a portion will be in the United States and prepare learners for high-demand jobs in technology, such as data analysis and cybersecurity.

The big idea: Any initiative of this size raises questions about the efficacy and realism of such goals, but on-the-ground partners of IBM say they have the tools and connections to scale up dramatically.

And industry observers say IBM’s strategy around tech training is worth watching, especially with a relatively new CEO at the helm. Arvind Krishna took over as chairman and CEO of the company last year, succeeding Ginni Rometty, who was a major proponent of expanding non-bachelor’s pathways into tech.

The new initiative focuses on two programs from IBM: P-TECH, the company’s program for high school learners, and SkillsBuild, an open access platform for tech-related learning material and certificates.

The SkillsBuild platform has been around since early 2020, and has been an increasing focus of IBM’s philanthropy and upskilling efforts. Although the platform has open enrollment, certificates typically cost a fee. IBM is working with on-the-ground partners, such as nonprofits and other organizations, to put the platform in the hands of more learners.

“We’re not putting out the platform and saying, ‘Come to us,’” said Angela Jackson, managing partner at the venture philanthropy firm New Profit, which is a partner of the initiative. “We’re deploying it in a system that can metabolize it.”

On the ground: IBM declined to give an exact figure regarding how many of the 30 million learners will be located in the United States, but Justina Nixon-Saintil, the company’s head of global corporate responsibility, said it would be “a few million.”

In the case of New Profit, the organization will be using the partnership with IBM to scale up its existing Future of Work Grand Challenge from six locations to 16. The program embeds in federally-funded American Job Centers and state workforce boards. The idea is to train workers using the asynchronous SkillsBuild platform while providing support and working to place them in upwardly-mobile jobs.

“We’ve got billions of dollars being pumped into this workforce system,” she said. “We need to make sure the consumers are being trained on the jobs that employers actually need.”

New Profit has an individual goal of 2,400 SkillsBuild learners, with 240 placed into jobs. Jackson said the entire Future of Work project, which has a goal of 25,000 learners, will take $15 million from the New Profit side from its start in June of 2020 to December of 2023. IBM will provide free access to the SkillsBuild platform, certificates for learners, and coaching and mentorship from employees.

YUPRO, another new partner, has a goal of 1,000 active learners through their SkillsBuild program, but will be using a different model. The organization, which is a public benefit corporation and not a nonprofit itself, is wholly owned by the job training nonprofit Year Up. The firm works to place alumni of Year Up and other organizations into jobs with employers that can promise growth.

In the case of the IBM partnership, YUPRO has designed six-month paid apprenticeships for learners where they will use the SkillsBuild platform, have a contact to go to for support, and will have a pathway into a job at a partner employer. YUPRO collects fees from employers who want to be connected with the organization’s talent network, and the firm will decline partnerships with companies who are not offering a fair market wage or growth opportunities.

Efficiency and brand: Michelle Sims, CEO of YUPRO, said it has cost about $100,000 to create the internal infrastructure for the program, including websites, forums, and office hours systems, but said that the total dollar amount including salary time has yet to be calculated. YUPRO had considered building its own platform before IBM came to the organization, but found major benefits in using SkillsBuild instead.

Sims and Jackson said the partnership with IBM was valuable and worthwhile in part because of the credibility of IBM’s brand.

“[Workers] want to train, but there’s a lot of noise about which trainings and which skills they should actually try to acquire and which skills have actual value in the labor market,” Jackson said. “What the IBM platform does, and the IBM brand—it gives a working learner confidence that the skill that they’re learning is actually in demand by a major employer.” IBM also signals credibility to other employers, who may see the certificates on worker resumes, she said.

Going local: There are of course challenges to scaling any program, but partners said they have confidence that the programs can make a tangible difference in the lives of workers. For New Profit, the connection to American Job Centers and workforce boards provides a captive audience to bring into the program. YUPRO currently places apprentices in jobs at a rate of 90 percent and pays learners an average rate that is 7 percent above the Bureau of Labor Statistics average wage rate.

Christina Luke Luna, senior director of lifelong learning pathways at Digital Promise, another IBM partner, said that partnering with local organizations who already have connections is an important approach for the company.

“For someone to experience powerful learning, it has to be personalized and accessible, it has to create agency and opportunities for connection and collaboration,” she said. “Simply sharing the link to a platform does not equal powerful learning without some of those connections and supports.”

Other SkillsBuild partners include Workforce Development, Inc, College Promise and the University of Illinois at Urbana-Champaign.

A focus on starting early

The other part of IBM’s initiative is an expansion of P-TECH, the company’s high school and community college program. The program has expanded to 26 schools and districts in the U.S. within the last year.

P-TECH, started in 2011, creates either a separate school or “school within a school” for high school students, where they learn a specific tech-forward curriculum and also earn an associate degree from an area community college. Employer partners, who have included Tesla and Thomson Reuters, contribute to the program by offering mentorship, paid internships, and workplace visits for students, while also guaranteeing first priority for open jobs to successful graduates.

Stanley Litow, president emeritus of the IBM Foundation and the creator of P-TECH, is currently a visiting professor of public policy at Duke University. The program, he said, is uniquely scalable, more than other initiatives that target high school learners. Other programs or district initiatives often either depend on private funding, aren’t supported by teachers or civil rights groups, select only the highest-achieving students, or require regulatory changes. P-TECH is funded by the school district and is available to all levels of students.

“Every one of those core areas about why programs don’t go to scale were eliminated in the basic design of P-TECH,” Litow said. “The reason why it’s expanding in the way that it is is I think because it is easily scalable and sustainable.”

Parting thought: Nixon-Saintil, the global head of corporate social responsibility for IBM, said that the company is passionate about connecting workers to opportunity. But the initiative also benefits the company. It’s been working to create new pathways into its own jobs, and removed college degree requirements from half of its U.S. openings as of January of this year.

“We want to make sure we are leaving no one behind and are providing the tech skills and other skills that are needed, especially for untapped talent,” Nixon-Saintil said. “We’re working on creating a more diverse workforce, not just for IBM but for other small, medium, and large businesses as well. This creates a pathway to hiring more diverse talent.” 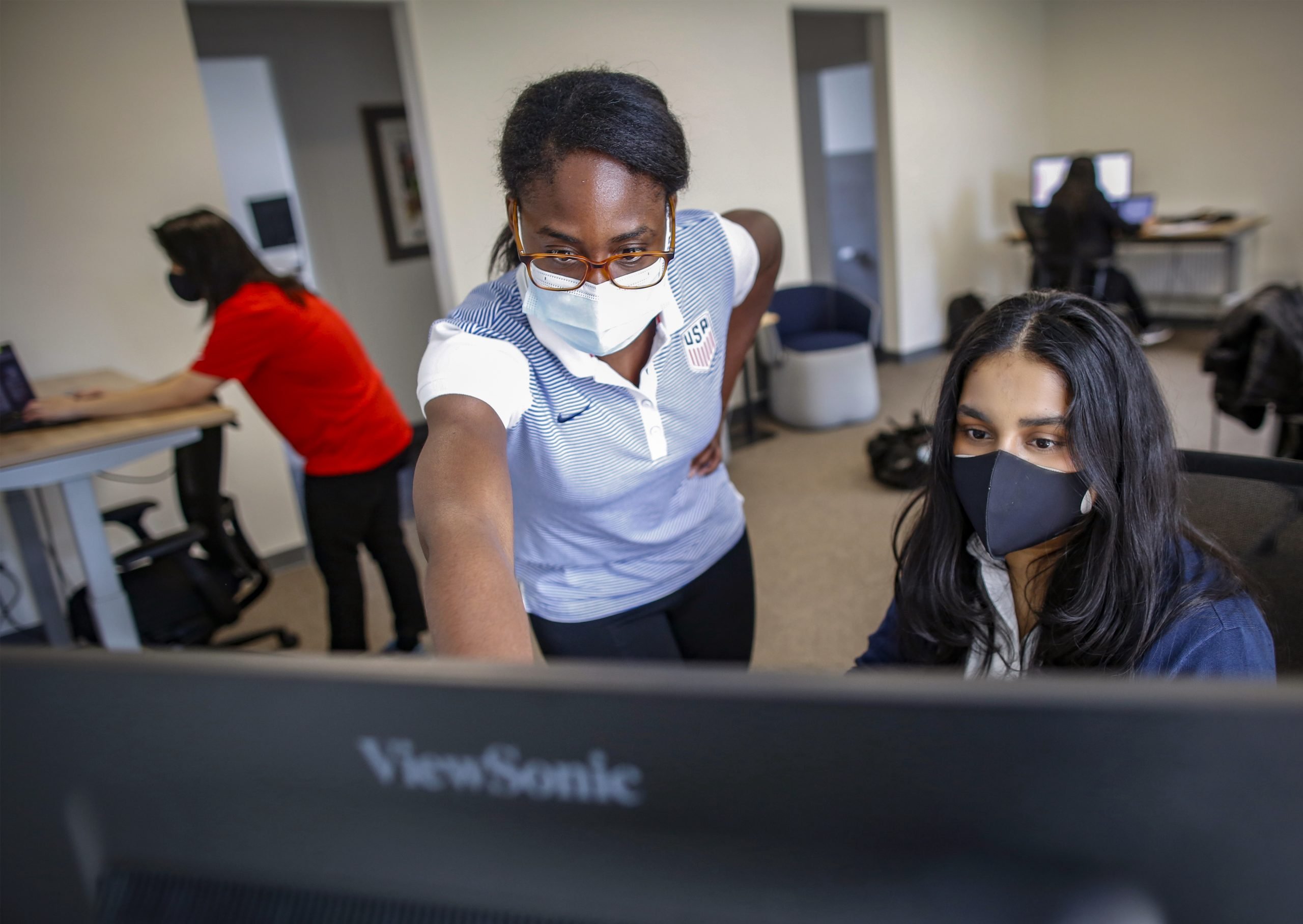 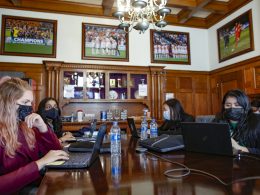 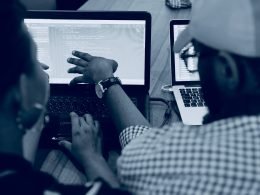 The Google Career Certificates Fund will provide no-interest loans for 20,000 Americans to get training and support to move into high-paying, high-growth jobs in tech.
byElyse Ashburn
11 shares
11
0
0 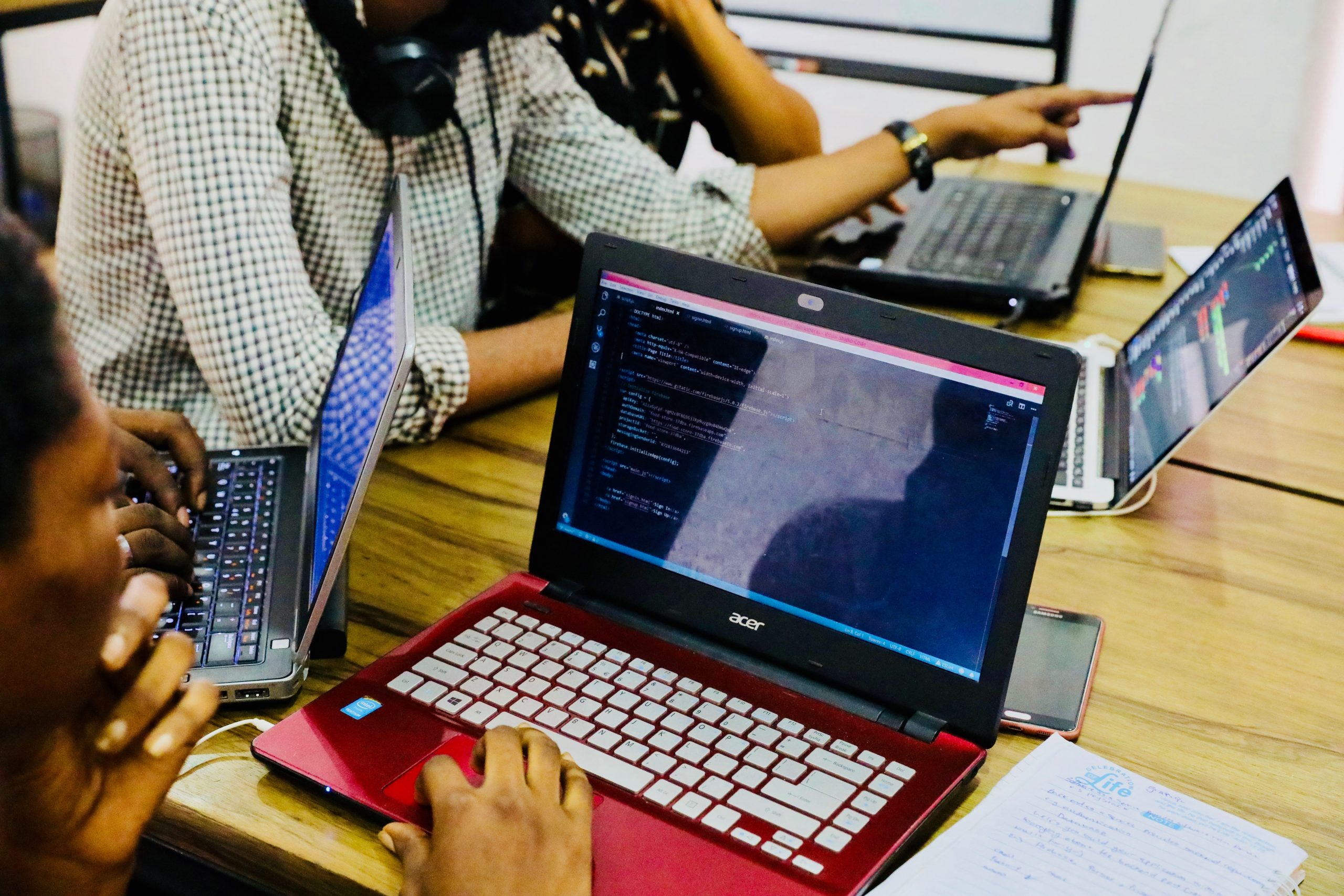 Is the ‘bootcamp’ market really in the millions?

A new national survey finds that 4 percent of American adults say they are enrolled in a tech bootcamp. Experts on the field say that’s absurdly high—and a sign of widespread public confusion about tech training options and the jobs they open up.
byElyse Ashburn
Download the Work Shift Guide to Understanding New Collar Apprenticeships
Download