The Texas project is part of a billion-dollar national effort to grow local economic hubs and create good jobs in places that aren’t the typical urban superstars.

The University of Texas at El Paso and its partners aim to revitalize the area’s manufacturing sector and strengthen the U.S. aerospace and defense industries with a $40 million federal grant—part of a billion-dollar national effort to grow local economic hubs and create good jobs in places that aren’t the typical urban superstars.

“American manufacturing will be reborn in El Paso and that is a promise,” said Ahsan Choudhuri, associate vice president of UTEP’s Aerospace Center and the El Paso coalition’s leader.

The big idea: The grant program, the Build Back Better Regional Challenge, was funded by the American Rescue Plan, an economic recovery and pandemic relief bill passed last year. The El Paso project was among 21 grants across the country designed to boost regional economies, develop and strengthen industries, create good-paying jobs and enhance the country’s global competitiveness.

Among the goals of the West Texas Aerospace and Defense Manufacturing Coalition, led by UTEP, is to support the metamorphosis of hundreds of small- and medium-sized manufacturers into companies that can support the needs of the aerospace and defense industries. Along with that, the alliance plans to create high-paying jobs for employees, including UTEP graduates, who want to stay in the Paso del Norte region.

UTEP already has produced more than 1,500 graduates in the past 10 years who have earned jobs with defense and aerospace contractors, Choudhuri said.

‘This is my path’

The details: The first step in the project will be building a 200,000-square foot aerospace center and advanced manufacturing campus near the El Paso International Airport, with an expected start in fall 2023. The plan is to grow the facility to three million square feet by the end of the decade, and to relocate 200 to 300 small- to medium-sized manufacturers there.

U.S. Rep. Veronica Escobar, D-El Paso, helped announce the new grant—emphasizing that, with today’s global challenges, it has never been more important to connect defense manufacturing with a talented workforce. She said the Build Back Better plan in a post-COVID world will benefit many communities just like El Paso.

“Many of our young people want to stay in El Paso,” Escobar said. “They just need an opportunity. They need a great job and they need to be able to contribute in a way that is meaningful to them.”

In the community: Among those who hope to benefit from this award are Pablo Rodriguez, owner of El Paso-based Prod Design & Analysis, and Alberto Meza, a UTEP mechanical engineering doctoral student.

Rodriguez, a native El Pasoan, earned his bachelor’s and master’s degrees in mechanical engineering from the Massachusetts Institute of Technology. He returned to El Paso, but could not find suitable employment so he bounced around several jobs before returning to El Paso to start his own company almost 19 years ago.

Today, Prod Design has 120 employees, with half being engineers and technicians. The company manufactures devices for medical procedures such as open heart surgery.

Rodriguez met Choudhuri about three years ago and, as a result of their talks, he created a splinter company two months ago, Prod Aerospace, that will cater to aerospace and defense contractors.

“We do see that market coming to El Paso,” said Rodriguez, who added that several contractors have already contacted him. “We see that little sparkle in their eyes.”

Meza, the doctoral student, was born in El Paso and raised in Ciudad Juárez. He’s passionate about aerospace, but was concerned that he would not be able to find the right job in the region—until now. He said the new $40 million effort gives him hope that he will be able to stay in his hometown and contribute to its growth.

“I want to stay close to El Paso and the people I love so much,” Meza said. “This is my path to give back.”

As Intel makes a $20 billion bet on making semiconductors in Ohio, it's also investing big—$100 million—in education and training for the workers it will need.
byKathryn Masterson 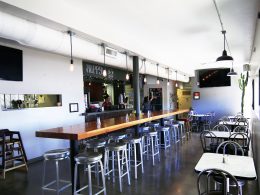 The Small Business Administration is investing in more support and training for minority entrepreneurs and businesses in underserved communities.
byDavid Tobenkin 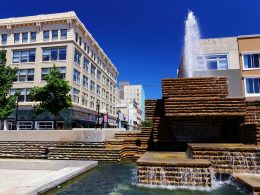 The state is working with the company Wiley to recruit dislocated workers for education and training, rather than waiting for them to show up.
byElyse Ashburn
19 shares
19
0
0
Download the Work Shift Guide to Understanding New Collar Apprenticeships
Download